So far there haven't been any big Big Band Classics concerts or tours released for cities in the US. Sign up for our Concert Tracker to get notified when Big Band Classics shows have been added to the itinerary. Check out our Facebook page for up-to-date announcements for Big Band Classics. In the meantime, take a look at other Classical performances coming up by Kazem Abdullah, Mid-Atlantic Symphony Orchestra, and Modern Broadway. 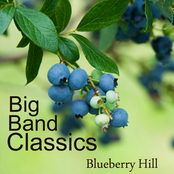