As of right now there haven't been any notable Bitter Lake concerts or tours revealed for America. Sign up for our Concert Tracker to get informed when Bitter Lake shows have been announced to the schedule. Visit our Tour announcements page for up-to-date announcements regarding Bitter Lake. In the meantime, view other Alternative performances coming up by Dallas String Quartet, Thomas and the Work Men, and Foo Fighters.

Bitter Lake: This is Not a War, This is Revolution 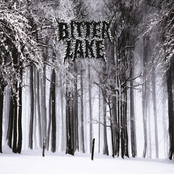