To date there haven't been any notable Cho-Liang Lin concerts or tours announced for cities in the US. Sign up for our Concert Tracker to get informed when Cho-Liang Lin shows have been announced to the calendar. For recent announcements regarding Cho-Liang Lin shows, take a look at our Tour announcements page. In the meantime, take a look at other Classical performances coming up by One Of These Nights - A Symphonic Tribute To The Eagles, Orchestre Symphonique De Longueuil, and Jahja Ling. 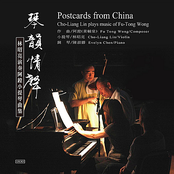