To date there haven't been any big Ian Bostridge concerts or tours unveiled for the U.S. or Canada. Sign up for our Concert Tracker to get notified when Ian Bostridge performances have been planned to the schedule. Visit our Tour announcements page for new announcements pertaining to Ian Bostridge. In the meantime, take a look at other Classical performances coming up by Standards and Classics of Freedom, Leslie Jordan, and VocalEssence: The Times They Are A-Changin'.

Ian Bostridge came on the Classical scene with the release of the album 'Noel Coward Songbook' published on March 3, 2003. The track 'Coward: Never Again' was instantly a success and made Ian Bostridge one of the newest emerging performers at that moment. Later on, Ian Bostridge came out with the most beloved album 'Schubert: Winterreise' which includes some of the most beloved tracks from the Ian Bostridge catalog. 'Schubert: Winterreise' features the track 'Winterreise, D.911, Erste Abteilung: Gute Nacht' which has proven to be the most requested for fans to experience during the performances. Aside from 'Winterreise, D.911, Erste Abteilung: Gute Nacht', most of other tracks from 'Schubert: Winterreise' have also become sought-after as a result. A handful of Ian Bostridge's most famous tour albums and songs are seen below. After 13 years since releasing 'Noel Coward Songbook' and making a true effect in the business, music lovers consistently gather to watch Ian Bostridge appear live to perform hits from the full catalog. 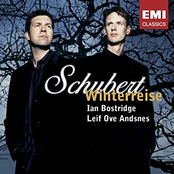 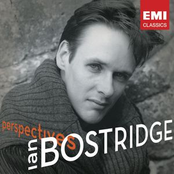 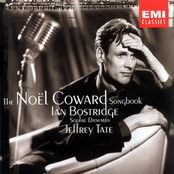