John The Martyr recently released a concert schedule visiting select areas in North America. As one of the best R&b / Soul live performers currently, John The Martyr will soon be appearing live again for fans. Take a look at the lineup below and select a show of your choice. From there, you can view the show specifics, say you're going through Facebook and have a look at a selection of great concert tickets. If you are unable to make any of the current concerts, sign up for our Concert Tracker to get alerts right when John The Martyr events are revealed in your area. John The Martyr may unveil some other North American shows, so visit us often for the most recent information.

About John The Martyr Tour Albums

John The Martyr: Cross the Line 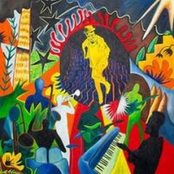 John The Martyr: Right On Time For Christmas