As of right now there haven't been any notable Josh Bricker concerts or tours added for America. Sign up for our Concert Tracker to get informed when Josh Bricker events have been added to the schedule. Visit our Tour announcements page to get the latest tour announcements for Josh Bricker In the meantime, take a look at other Country / Folk performances coming up by Hiss Golden Messenger, Arlo Mckinley, and Ben Haggard. 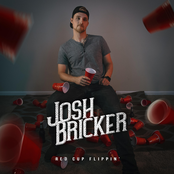 Josh Bricker: On the Other End