So far there haven't been any notable Julian Wachner concerts or tours released for the United States. Sign up for our Concert Tracker to get alerts when Julian Wachner shows have been booked to the lineup. Take a look at our Tour announcements page to get the latest tour announcements for Julian Wachner In the meantime, check out other Classical performances coming up by Great American Movie Music, Russian String Orchestra, and Mitsuko Uchida. 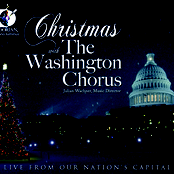 Julian Wachner: The Snow Lay on the Ground