Currently there haven't been any notable King Ghidora concerts or tours added for the U.S. or Canada. Sign up for our Concert Tracker to get told when King Ghidora events have been added to the lineup. Visit us on Twitter @ConcertFix for announcements regarding King Ghidora. In the meantime, take a look at other Pop / Rock performances coming up by Stephen Day, Tessa Violet, and Lenny Lashley.

King Ghidora: The Secret Origin of an Unknown Planetary Destroyer 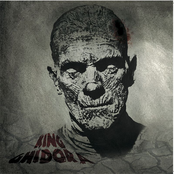 King Ghidora: The Curse of Poseidon