Currently there haven't been any upcoming Neil Hilborn concerts or tours released for the States. Sign up for our Concert Tracker to get notified when Neil Hilborn events have been planned to the lineup. Check out our Facebook page for up-to-date announcements for Neil Hilborn. In the meantime, have a look at other Other performances coming up by Reckless Island, Sons of the Silent Age - David Bowie Tribute, and Time It Was. 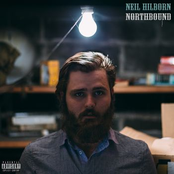 Neil Hilborn: This Is Not the End of the World

Neil Hilborn: You Can't Be Depressed