So far there haven't been any notable Wikkid Starr concerts or tours released for North America. Sign up for our Concert Tracker to get notified when Wikkid Starr shows have been unveiled to the lineup. Check out our Tour announcements page for recent announcements for Wikkid Starr. In the meantime, have a look at other Hard Rock / Metal performances coming up by Thy Art Is Murder, Spite, and 98Rockfest. 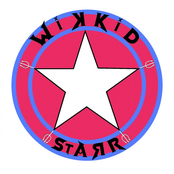 Wikkid Starr: Out in the City