Postponed: English musician Adam Ant will continue touring across America into 2021 performing his debut solo album 'Friend or Foe' in its entirety. The new 13-city excursion takes place in April/May making notable stops in Houston, Dallas, Seattle, San Diego, Phoenix and Los Angeles. The tour originally launched back in 2019 and follows up 2017's ANThems Tour which stretched into 2018 and visited the UK and North America.

Ant's debut solo album 'Friend or Foe' was released back in 1982 and includes the singles 'Goody Two Shoes', 'Desperate But Not Serious' and its title track. The album was certified Gold by the RIAA and still represents his career-best #16 on the Billboard 200. His latest 2013 album 'Adam Ant Is the Blueblack Hussar in Marrying the Gunner's Daughter' was his first release since 1995's 'Wonderful'. Back in 2008, Ant received the Q Icon award at Britain's annual Q Awards.

Adam Ant came on the Alternative scene with the release of the album 'Vive Le Rock' released on November 30, 1984. The single 'Vive Le Rock' quickly became a fan favorite and made Adam Ant one of the fastest growing artists at that moment. Later on, Adam Ant released the most popular album 'Antics In The Forbidden Zone' which contains some of the most beloved music from the Adam Ant catalog. 'Antics In The Forbidden Zone' features the single 'Zerox' which has made itself the most recognized for fans to see during the shows. Besides 'Zerox', many of other tracks from 'Antics In The Forbidden Zone' have also become sought-after as a result. A handful of Adam Ant's most popular tour albums and songs are displayed below. After 32 years since the release of 'Vive Le Rock' and making a huge effect in the business, music lovers still flock to hear Adam Ant appear live to perform favorites from the complete collection. 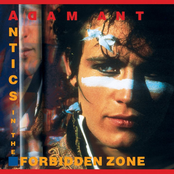 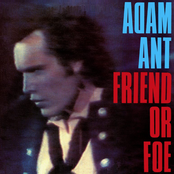 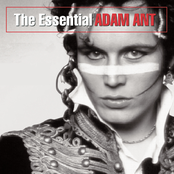 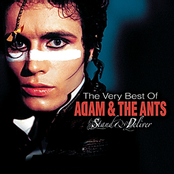 Adam Ant: The Very Best Of 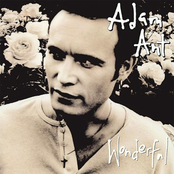 Adam Ant could be coming to a city near you. Browse the Adam Ant schedule just above and push the ticket icon to see our huge inventory of tickets. Look through our selection of Adam Ant front row tickets, luxury boxes and VIP tickets. Once you track down the Adam Ant tickets you desire, you can purchase your seats from our safe and secure checkout. Orders taken before 5pm are normally shipped within the same business day. To buy last minute Adam Ant tickets, look for the eTickets that can be downloaded instantly.