After a brief hiatus, classic rockers Heart have announced they'll be returning to the road this summer for a major 39-city tour across North America. Their Love Alive Tour kicks off July 9th in Maryland Heights and runs into September visiting U.S. markets like Cincinnati, Syracuse, Nashville, Raleigh, Tampa, Dallas and Denver. Canadian shows are planned for Toronto and Montreal. Joining the tour on select dates will be special guests Sheryl Crow, Brandi Carlile, Joan Jett & The Blackhearts and Elle King.

Back in 2016, Heart teamed up with Joan Jett & The Blackhearts and Cheap Trick for their Rock Hall Three for All Tour which honored the three legendary bands as inductees to the Rock and Roll Hall of Fame. The same year, Heart released their 16th studio album 'Beautiful Broken' which features a mix of new tracks and re-interpretations of some of their earlier music. In addition to sisters Ann Wilson and Nancy Wilson, the band currently consist of members Ben Smith, Craig Bartock, Chris Joyner and Dan Rothchild.

Heart arrived on the Pop / Rock scene with the release of the album 'Bebe Le Strange' released on February 14, 1980. The single 'Bebe Le Strange' was instantly a success and made Heart one of the fastest growing acts at that time. Later on, Heart published the hugely beloved album 'Greatest Hits' which contains some of the most well-known work from the Heart catalog. 'Greatest Hits' features the track 'Barracuda (Album Version)' which has proven to be the most recognized for music lovers to hear during the performances. Besides 'Barracuda (Album Version)', most of other songs from 'Greatest Hits' have also become recognized as a result. A few of Heart's most famous tour albums and songs are seen below. After 36 years since the release of 'Bebe Le Strange' and making a huge effect in the industry, followers still gather to experience Heart appear live to perform hits from the entire discography. 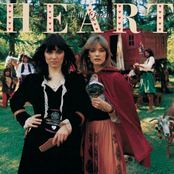 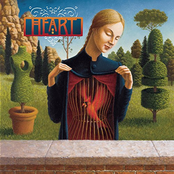 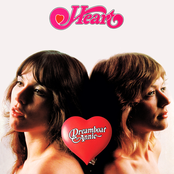 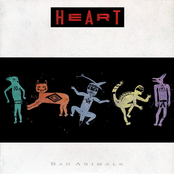 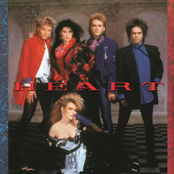 Heart could be coming to a city near you. Check out the Heart schedule above and push the ticket link to checkout our huge inventory of tickets. Browse our selection of Heart front row tickets, luxury boxes and VIP tickets. After you locate the Heart tickets you need, you can buy your tickets from our safe and secure checkout. Orders taken before 5pm are generally shipped within the same business day. To purchase last minute Heart tickets, check out the eTickets that can be downloaded instantly.