Coming up in 2022, Sheryl Crow will be joining forces with Jason Isbell for a sizable co-headlining tour across America. The 7-date outing takes place in June visiting St. Augustine, Charleston, Cary, Canandaigua and Vienna. Joining the tour in support will be special guest Katie Crutchfield. Also during the year, Crow will be joining Chris Stapleton during portions of his All-American Road Show along with Willie Nelson, Mike Campbell, The Dirty Knobs and Yola.

Crow will continue supporting her 11th studio album 'Threads' released on August 30th, 2019 via Big Machine Records. The new album reached #2 on Billboard's Country chart and features collaborations with Stevie Nicks, Maren Morris, Bonnie Raitt, Sting, Brandi Carlile, Willie Nelson, St. Vincent and James Taylor among others. Since beginning her career in 1987, the singer-songwriter has sold more than 50 million albums worldwide and won 9 Grammy Awards and 3 American Music Awards among many other accolades.

Sheryl Crow appeared on the Pop / Rock scene with the release of the album 'The Unreleased Album' published on November 30, 1991. The single 'Can't Cry Anymore' quickly became a success and made Sheryl Crow one of the newest emerging talents at that moment. Thereafter, Sheryl Crow came out with the hugely beloved album 'Tuesday Night Music Club' which is comprised of some of the most well-known work from the Sheryl Crow catalog. 'Tuesday Night Music Club' contains the single 'Run, Baby, Run' which has made itself the most well-known for followers to see during the performances. Aside from 'Run, Baby, Run', many of other songs from 'Tuesday Night Music Club' have also become requested as a result. A handful of Sheryl Crow's most popular tour albums and songs are displayed below. After 25 years since releasing 'The Unreleased Album' and making a huge effect in the business, music lovers continue to gather to watch Sheryl Crow on stage to play favorites from the entire collection. 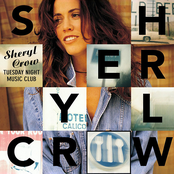 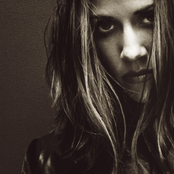 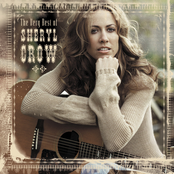 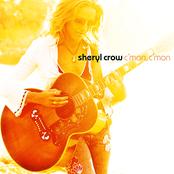 Sheryl Crow could be coming to a city near you. Check out the Sheryl Crow schedule on this page and click the ticket icon to view our huge inventory of tickets. Look through our selection of Sheryl Crow front row tickets, luxury boxes and VIP tickets. After you locate the Sheryl Crow tickets you want, you can purchase your seats from our safe and secure checkout. Orders taken before 5pm are normally shipped within the same business day. To purchase last minute Sheryl Crow tickets, browse through the eTickets that can be downloaded instantly.