Heart's very own Ann Wilson has announced a new batch of solo tour dates in 2021 behind her latest album 'Immortal'. The brief outing takes place in June visiting the Florida cities of Fort Meyers, Orlando, Clearwater and Saint Augustine. Back in 2019, the singer reunited with Heart for their Love Alive Tour joined by special guests Sheryl Crow, Brandi Carlile, Joan Jett & The Blackhearts and Elle King.

Wilson released her second solo album 'Immortal' on September 14th, 2018 via Bertelsmann Music Group. Heart's latest 2016 album 'Beautiful Broken' reached #9 on Billboard's Rock chart and includes a mix of new songs and re-interpretations of music from their earlier albums. The same year, the band teamed up with Joan Jett & The Blackhearts and launched their Queens Of Sheba Tour across Canada. As a member of Heart, Wilson was inducted into the Rock & Roll Hall of Fame back in 2013.

Ann Wilson appeared on the Pop / Rock scene with the release of the album 'Hope and Glory' published on September 10, 2007. The single 'Goodbye Blue Sky' immediately became a hit and made Ann Wilson one of the fastest growing talents at that time. Thereafter, Ann Wilson came out with the hugely beloved album 'Hope & Glory' which includes some of the most famous work from the Ann Wilson catalog. 'Hope & Glory' features the single 'Goodbye Blue Sky' which has made itself the most recognized for followers to hear during the performances. Apart from 'Goodbye Blue Sky', most of other tracks from 'Hope & Glory' have also become sought-after as a result. Some of Ann Wilson's most beloved tour albums and songs are seen below. After 9 years since the release of 'Hope and Glory' and having a true effect in the business, fans continue to gather to see Ann Wilson on stage to perform tracks from the entire catalog. 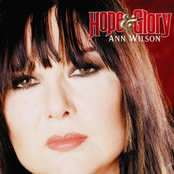 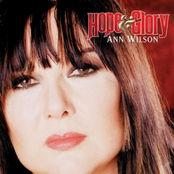 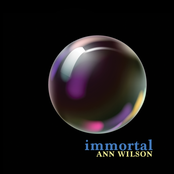 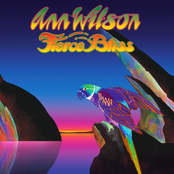 Ann Wilson could be coming to a city near you. Check out the Ann Wilson schedule on this page and press the ticket button to view our huge inventory of tickets. Check out our selection of Ann Wilson front row tickets, luxury boxes and VIP tickets. After you track down the Ann Wilson tickets you desire, you can buy your tickets from our safe and secure checkout. Orders taken before 5pm are usually shipped within the same business day. To purchase last minute Ann Wilson tickets, look for the eTickets that can be downloaded instantly.