As of right now there haven't been any upcoming Adam Hunter concerts or tours unveiled for America. Sign up for our Concert Tracker to get notified when Adam Hunter events have been planned to the itinerary. See us on Twitter @ConcertFix for announcements for Adam Hunter. In the meantime, view other Comedy performances coming up by Kevin Nealon, Carlos Mencia, and Ben Bailey.

Adam Hunter appeared on the Comedy scene with the release of the album 'Unfolding Time' published on March 3, 2004. The song 'combination' immediately became a fan favorite and made Adam Hunter one of the fastest growing talents at that moment. Later on, Adam Hunter released the hugely popular album 'Being Adam Hunter' which contains some of the most listened to work from the Adam Hunter collection. 'Being Adam Hunter' hosts the single 'Partygras' which has been the most sought-after for fans to enjoy during the performances. Apart from 'Partygras', many of other tracks from 'Being Adam Hunter' have also become recognized as a result. Some of Adam Hunter's most popular tour albums and songs are found below. After 12 years since releasing 'Unfolding Time' and making a huge impact in the industry, followers consistently unite to hear Adam Hunter in person to perform tracks from the full collection. 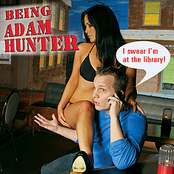 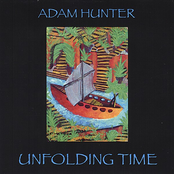