Andrew Dice Clay recently booked a concert schedule coming to select areas in North America. As one of the most followed Comedy live performers currently, Andrew Dice Clay will finally be showing up live yet again for fans to attend. Have a look at the calendar that follows to find a specific show. From there, you can view the show details, RSVP on Facebook and have a look at a great selection of concert tickets. If you are unable to attend any of the current events, sign up for our Concert Tracker for alerts as soon as Andrew Dice Clay shows are announced near you. Andrew Dice Clay may unveil some other North American concerts, so visit us often for any updates.

Andrew Dice Clay arrived on the Comedy scene with the release of the album 'Face Down Ass Up' published on January 1, 2000. The single 'Banana Girl' quickly became a fan favorite and made Andrew Dice Clay one of the fastest growing acts at that moment. Since then, Andrew Dice Clay came out with the hugely beloved album 'Dice' which is comprised of some of the most famous songs from the Andrew Dice Clay discography. 'Dice' hosts the song 'What If a Chick Gets Pregnant...' which has been the most recognized for fans to hear during the gigs. Aside from 'What If a Chick Gets Pregnant...', most of other tracks from 'Dice' have also become requested as a result. A handful of Andrew Dice Clay's most beloved tour albums and songs are found below. After 16 years since releasing 'Face Down Ass Up' and making a massive impact in the business, fans continue to flock to hear Andrew Dice Clay on stage to play hits from the full collection.

Andrew Dice Clay: The Day The Laughter Died I 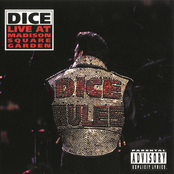 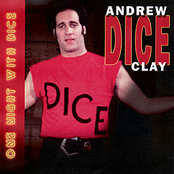 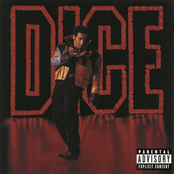