As of right now there haven't been any notable Andy Thorn concerts or tours added for the United States. Sign up for our Concert Tracker to get notified when Andy Thorn performances have been added to the itinerary. For recent announcements of Andy Thorn shows, take a look at our Facebook page. In the meantime, view other Jazz / Blues performances coming up by Shaun Johnson, Soul Rebels Brass Band, and Women's Blues Revue. 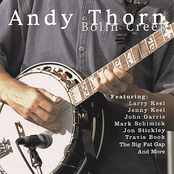 Andy Thorn: I Ain't Goin' Down

Andy Thorn: Fox Songs and Other Tales From the Pandemic

Andy Thorn: A Fox I Wish I Could Be