So far there haven't been any notable Audic Empire concerts or tours planned for America. Sign up for our Concert Tracker to get notified when Audic Empire shows have been released to the itinerary. Take a look at our Facebook page for new announcements for Audic Empire. In the meantime, have a look at other Reggae / Reggaeton performances coming up by Nattali Rize, Bumpin' Uglies, and Brooklyn All Star Singers. 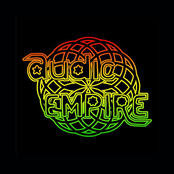