Bill Maher will be taking heading on the road for an extensive tour the United States. His comedy tour will stretch through the months of June, July, August, September and October and will visit notable cities like Philadelphia, Denver, Phoenix, Pittsburgh, Salt Lake City, and Nashville just to list a few. He will featured two performances in Washington DC and Las Vegas.

Bill Maher is best known for his TV show, 'Politically Incorrect' which was on Comedy Central and ABC from 1993 through 2002. The comedian now hosts his HBO program 'Real Time With Bill Maher' and is known for his sarcastic attitude and his critical views of religion, politics, political correctness and more. Maher is ranked as the 38th greatest stand-up comedian of all time on Comedy Central's top 100 comedians list. 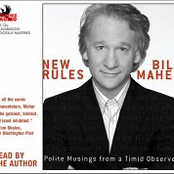 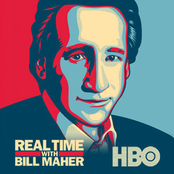 Bill Maher: The New New Rules - A Funny Look at How Everybody But Me Has Their Head Up Their Ass

Bill Maher might soon come to a city near you. Browse the Bill Maher schedule on this page and press the ticket link to see our huge inventory of tickets. Browse our selection of Bill Maher front row tickets, luxury boxes and VIP tickets. Once you track down the Bill Maher tickets you need, you can buy your seats from our safe and secure checkout. Orders taken before 5pm are normally shipped within the same business day. To purchase last minute Bill Maher tickets, check out the eTickets that can be downloaded instantly.