Iconic rocker Billy Idol has announced a new batch of U.S. tour dates in 2022 supporting his new EP 'The Roadside'. The brief outing takes place in August making stops in Phoenix, Rancho Mirage, Lincoln, San Diego and Ventura. Prior to the tour, the artist will be heading over to Europe for a long list of performances to begin the summer. Back in 2021, he joined forces again with Steve Stevens and launched their Turned On, Tuned In, and Unplugged tour across America.

Idol released his second EP 'The Roadside' on September 17th, 2021 via Dark Horse. His latest 2014 studio album 'Kings & Queens of the Underground' reached #4 on Billboard's Independent chart and follows up 2005's 'Devil's Playground'. Also in 2014, the singer-songwriter launched his Kings & Queens of the Underground Live tour across Europe before heading to North America the following year. In addition to Stevens, Idol's live band usually consists of Stephen McGrath, Billy Morrison, Erik Eldenius and Paul Trudeau.

Billy Idol came on the music scene with the release of the album 'Idol Songs: 11 of the Best' released on November 30, 1987. The track 'Rebel Yell' was instantly a fan favorite and made Billy Idol one of the most popular acts at that time. After that, Billy Idol released the extremely beloved album 'Greatest Hits' which features some of the most popular songs from the Billy Idol catalog. 'Greatest Hits' hosts the single 'Dancing With Myself' which has made itself the most well-known for music lovers to hear during the live events. Besides 'Dancing With Myself', a host of other songs from 'Greatest Hits' have also become recognized as a result. A few of Billy Idol's most beloved tour albums and songs are seen below. After 29 years since the release of 'Idol Songs: 11 of the Best' and having a major effect in the industry, music lovers consistently gather to see Billy Idol in person to play tracks from the entire catalog. 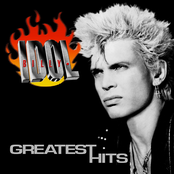 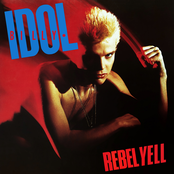 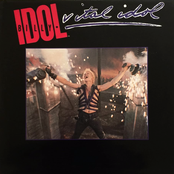 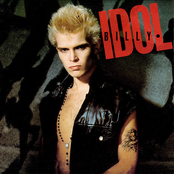 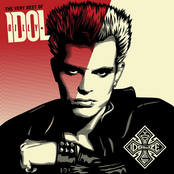 Billy Idol might soon come to a city near you. View the Billy Idol schedule just above and press the ticket link to see our big selection of tickets. View our selection of Billy Idol front row tickets, luxury boxes and VIP tickets. Once you locate the Billy Idol tickets you need, you can purchase your tickets from our safe and secure checkout. Orders taken before 5pm are normally shipped within the same business day. To buy last minute Billy Idol tickets, browse through the eTickets that can be downloaded instantly.