SoCal punks Black Flag have announced a return to the road in 2019 after a long 5-year hiatus from touring. The new 22-city outing kicks off August 7th in New Orleans and extends into October invading major markets like Pittsburgh, Detroit, Seattle, Dallas and Houston. Joining the tour in support will be special guests The Linecutters. Back in 2014, the band launched their Victimology Tour across North America which was joined by frontman Greg Ginn's psych-electronic project HOR in addition to Cinema Cinema.

UPDATE: Tour dates have been extended through the remainder of the year and into 2020 making additional stops in Berkeley, Jacksonville, Atlanta, Birmingham, Nashville and Charlotte.

Black Flag released their latest studio album 'What The...' on November 5th, 2013 via SST Records. The album was their first since 'Loose Nut' and 'In My Head' which were both released back in 1985. The group continues to be referred to as leaders in the rise of underground record labels among punk rock bands of the 1980s. In addition to Ginn who formed the band in 1976, current members include Mike Vallely, Tyler Smith and Isaias Gil.

Black Flag appeared on the Alternative scene with the appearance of the album 'Louie Louie' released on November 30, 1986. The song 'Louie Louie' quickly became a fan favorite and made Black Flag one of the most popular acts at that moment. Since then, Black Flag released the hugely popular album 'Damaged' which is comprised of some of the most beloved work from the Black Flag discography. 'Damaged' hosts the song 'Rise Above' which has proven to be the most requested for music lovers to hear during the gigs. Aside from 'Rise Above', most of other songs from 'Damaged' have also become requested as a result. A handful of Black Flag's most beloved tour albums and songs are displayed below. After 30 years since the release of 'Louie Louie' and making a huge effect in the business, music lovers still unite to watch Black Flag on stage to perform hits from the full discography. 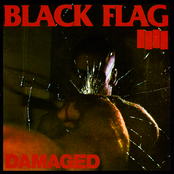 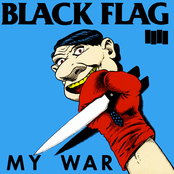 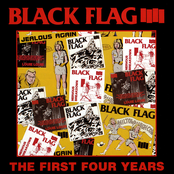 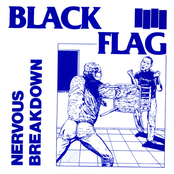 Black Flag: Slip It In

Black Flag might soon come to a city near you. Browse the Black Flag schedule on this page and click the ticket button to view our huge inventory of tickets. Check out our selection of Black Flag front row tickets, luxury boxes and VIP tickets. As soon as you find the Black Flag tickets you need, you can purchase your tickets from our safe and secure checkout. Orders taken before 5pm are usually shipped within the same business day. To purchase last minute Black Flag tickets, browse through the eTickets that can be downloaded instantly.