Coming up in 2021, Canadian producer Dan Snaith will be launching his first North American tour in 6 years under the moniker Caribou. The 27-date outing kicks off November 15th in Los Angeles and runs into 2022 visiting major U.S. markets like Chicago, Brooklyn, Washington DC, Philadelphia, Houston, Dallas and Seattle. Canadian shows are planned for London, Ottawa and Toronto. Joining the tour on select dates will be special guests Jessy Lanza and Kara-Lis Coverdale.

Dan Snaith released his latest Caribou album 'Suddenly' on February 28th, 2020 via Merge Records and City Slang. The new album reached #2 on Billboard's Dance/Electronic chart and follows up 2017's 'Our Love' which was nominated for the 2015 Polaris Music Prize shortlist. Also in 2015, the producer launched his Our Love Tour across North America with support from Koreless.

Caribou appeared on the Techno / Electronic scene with the appearance of the album 'Give'r' released on November 26, 2001. The single 'Dundas, Ontario' immediately became a success and made Caribou one of the fastest growing artists at that moment. Later on, Caribou came out with the most famous album 'Swim' which contains some of the most popular work from the Caribou collection. 'Swim' contains the single 'Odessa' which has been the most recognized for music lovers to enjoy during the live events. Besides 'Odessa', most of other tracks from 'Swim' have also become requested as a result. Some of Caribou's most famous tour albums and songs are found below. After 15 years since releasing 'Give'r' and making a true impact in the business, music lovers still unite to see Caribou in person to play favorites from the complete catalog. 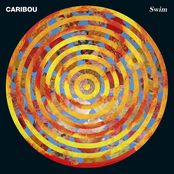 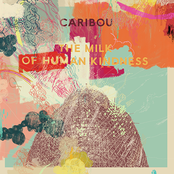 Caribou: The Milk of Human Kindness 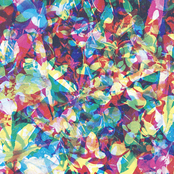 Caribou may come to a city near you. Browse the Caribou schedule just above and click the ticket button to checkout our huge inventory of tickets. Look through our selection of Caribou front row tickets, luxury boxes and VIP tickets. As soon as you track down the Caribou tickets you want, you can buy your tickets from our safe and secure checkout. Orders taken before 5pm are generally shipped within the same business day. To buy last minute Caribou tickets, check out the eTickets that can be downloaded instantly.