To date there haven't been any big Dying Fetus concerts or tours planned for the United States. Sign up for our Concert Tracker to get informed when Dying Fetus shows have been booked to the itinerary. Get the latest tour announcements for Dying Fetus events by visiting our Tour announcements page. In the meantime, take a look at other Alternative performances coming up by The Coathangers, Ben Harper, and The Coronas.

Dying Fetus came on the Alternative scene with the release of the album 'Infatuation With Malevolence' published on November 30, 1999. The single 'Tearing Inside the Womb' quickly became a hit and made Dying Fetus one of the most popular performers at that moment. Afterwards, Dying Fetus released the most famous album 'War of Attrition' which includes some of the most popular work from the Dying Fetus collection. 'War of Attrition' features the song 'Homicidal Retribution' which has made itself the most sought-after for music lovers to hear during the performances. Besides 'Homicidal Retribution', many of other tracks from 'War of Attrition' have also become sought-after as a result. Some of Dying Fetus's most popular tour albums and songs are displayed below. After 17 years since the release of 'Infatuation With Malevolence' and making a true effect in the industry, music lovers still gather to see Dying Fetus on stage to perform songs from the complete catalog. 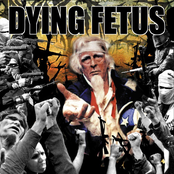 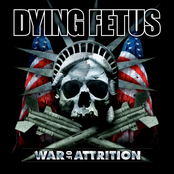 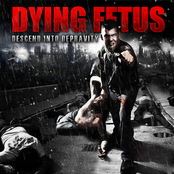 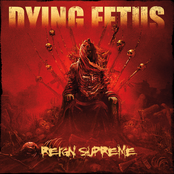 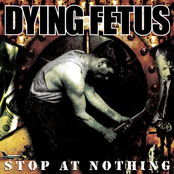 Dying Fetus: Stop At Nothing