E-40 recently announced a concert schedule stopping by select cities in North America. As one of the most followed Rap / Hip Hop live performers at the moment, E-40 will in the near future be showing up live again for fans. Take a look at the calendar that follows to find a show that interests you. Then, you can have a look at the performance details, say you're going through Facebook and check out a selection of great concert tickets. If you are unable to make any of the current shows, sign up for our Concert Tracker for alerts when E-40 events are announced in your city. E-40 could plan other North American shows, so visit us often for up-to-date information.

E-40 appeared on the Rap / Hip Hop scene with the appearance of the album 'The Mail Man' released on October 5, 1993. The song 'Neva Broke' immediately became a fan favorite and made E-40 one of the most popular talents at that time. After that, E-40 published the most beloved album 'My Ghetto Report Card' which includes some of the most famous tracks from the E-40 collection. 'My Ghetto Report Card' features the song 'Yay Area' which has been the most requested for music lovers to hear during the live events. Besides 'Yay Area', most of other songs from 'My Ghetto Report Card' have also become requested as a result. Some of E-40's most beloved tour albums and songs are seen below. After 23 years since the release of 'The Mail Man' and having a major impact in the business, fans consistently flock to experience E-40 in person to perform songs from the full collection. 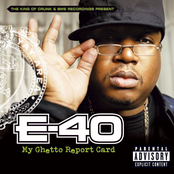 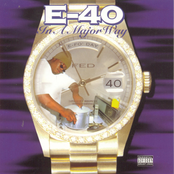 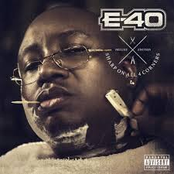 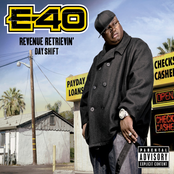 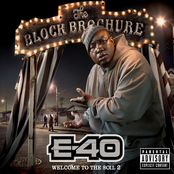 E-40: The Block Brochure: Welcome To The Soil 2

E-40 could be coming to a city near you. Browse the E-40 schedule just above and push the ticket icon to view our huge inventory of tickets. Look through our selection of E-40 front row tickets, luxury boxes and VIP tickets. As soon as you find the E-40 tickets you need, you can purchase your tickets from our safe and secure checkout. Orders taken before 5pm are normally shipped within the same business day. To purchase last minute E-40 tickets, check out the eTickets that can be downloaded instantly.