Eddie Griffin recently booked a concert schedule coming to select cities in North America. As one of the most popular Comedy live performers right now, Eddie Griffin will finally make appearances live again for fans to attend. Check out the lineup that follows and locate an event to attend. Then, you can view the event details, post it on Facebook and check out a big inventory of concert tickets. If you are unable to attend any of the current concerts, sign up for our Concert Tracker to get alerts right when Eddie Griffin concerts are booked in a city near you. Eddie Griffin possibly might add some other North American concerts, so come back often for the most recent information.

Eddie Griffin came on the Comedy scene with the release of the album 'The Message' released on March 9, 1999. The song 'Save my Money' was instantly a hit and made Eddie Griffin one of the most popular artists at that moment. Thereafter, Eddie Griffin released the hugely beloved album 'Message In The Hat' which includes some of the most well-known tracks from the Eddie Griffin collection. 'Message In The Hat' hosts the song 'Intro/Politics (Album Version)' which has been the most well-known for fans to hear during the live events. In addition to 'Intro/Politics (Album Version)', many of other tracks from 'Message In The Hat' have also become recognized as a result. Some of Eddie Griffin's most beloved tour albums and songs are displayed below. After 17 years since releasing 'The Message' and making a true effect in the industry, followers still flock to watch Eddie Griffin in person to play favorites from the full catalog. 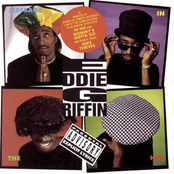 Eddie Griffin: Message In The Hat 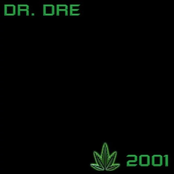 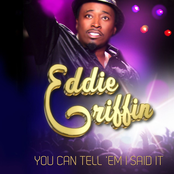 Eddie Griffin: You Can Tell 'Em I Said It 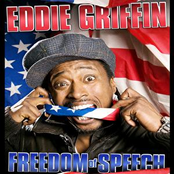 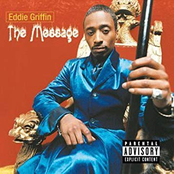