Indie duo iDKHOW will be launching a new North American tour in early 2022 behind their debut album 'Razzmatazz'. The Thought Reform Tour takes place in January/February hitting major U.S. cities like Los Angeles, Seattle, Chicago, Detroit, New York, Philadelphia, Atlanta, Houston and Dallas. Canadian dates are set for Vancouver, Toronto and Montreal. Prior to the tour, the pair will be wrapping up their Razzmatazz Tour before the end of the year.

iDKHOW released their debut studio album 'Razzmatazz' on October 23rd, 2020 via Fearless Records. The new album reached #2 on Billboard's Heatseekers chart and includes a cover of Beck's song 'Debra' on the B-Sides edition. The prior year, they embarked on their Night Heat Tour across America with support from Silversun Pickups, Twin XL and Superet. The Utah-based duo formed in 2016 and consists of longtime friends Dallon Weekes from Panic! at the Disco and Ryan Seaman from Falling in Reverse. 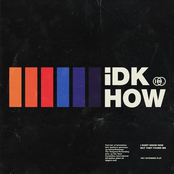 iDKHOW may come to a city near you. View the iDKHOW schedule on this page and press the ticket link to see our huge inventory of tickets. Browse our selection of iDKHOW front row tickets, luxury boxes and VIP tickets. Once you find the iDKHOW tickets you desire, you can buy your tickets from our safe and secure checkout. Orders taken before 5pm are normally shipped within the same business day. To buy last minute iDKHOW tickets, browse through the eTickets that can be downloaded instantly.