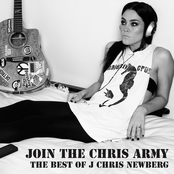 J Chris Newberg: Songs from the movie The 40 Year Old Virgin Who Knocked Up Sarah Marshall and Felt Superbad About It