Currently there haven't been any big Kevin Camia concerts or tours booked for cities in the US. Sign up for our Concert Tracker to get informed when Kevin Camia concerts have been revealed to the calendar. For new announcements of Kevin Camia events, take a look at our Facebook page. In the meantime, check out other Comedy performances coming up by Heather McDonald, Bassem Youssef, and Christine Hurley.

Kevin Camia published the most beloved album 'Kindness' which includes some of the most listened to tracks from the Kevin Camia catalog. 'Kindness' contains the single 'Precious Bat Skeleton' which has become the most well-known for followers to hear during the live events. Aside from 'Precious Bat Skeleton', a host of the tracks from 'Kindness' have also become recognized as a result. A few of Kevin Camia's most famous tour albums and songs are provided below. After making a massive effect in the business, followers continue to head to watch Kevin Camia appear live to play songs from the complete catalog. 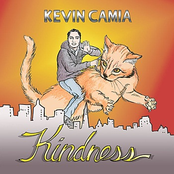