Michael Colyar recently planned a concert schedule coming to select cities in North America. As one of the top Comedy live performers to date, Michael Colyar will finally be showing up live yet again for fans. Have a look at the schedule below and locate an event to attend. From there, you can view the show details, RSVP through Facebook and check out a selection of great concert tickets. If you can't attend any of the current performances, sign up for our Concert Tracker to get notified right when Michael Colyar shows are revealed near you. Michael Colyar possibly might plan other North American events, so visit us often for the latest updates.

Michael Colyar: Before They Were Kings Vol. 2 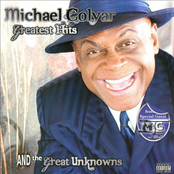 Michael Colyar: Let Me Drop This on You