Indie rockers OK Go have announced a new list of 2017 tour dates across America supporting their latest album 'Hungry Ghosts'. The band will be visiting cities like Portland, Seattle, San Francisco and Los Angeles before the end of the year. Additional shows could be announced soon, so stay tuned.

OK Go released their fourth studio album 'Hungry Ghosts' on October 14th, 2014 via their own Paracadute record label. The album peaked at #74 on the Billboard 200 and includes the single 'I Won't Let You Down' which won Best Choreography at the 2015 MTV Video Music Awards. The band currently consists of Damian Kulash, Tim Nordwind, Dan Konopka and Andy Ross.

Ok Go came on the Pop / Rock scene with the release of the album 'OK Go' released on September 5, 2002. The single 'Get Over It' quickly became a hit and made Ok Go one of the newest emerging artists at that moment. Since then, Ok Go released the most popular album 'Oh No' which contains some of the most beloved tracks from the Ok Go discography. 'Oh No' features the track 'Invincible' which has made itself the most sought-after for music lovers to hear during the live events. Aside from 'Invincible', most of other tracks from 'Oh No' have also become recognized as a result. Some of Ok Go's most beloved tour albums and songs are displayed below. After 14 years since the release of 'OK Go' and making a true effect in the business, music lovers still unite to hear Ok Go appear live to perform songs from the complete collection. 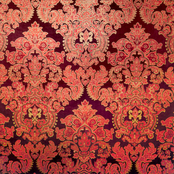 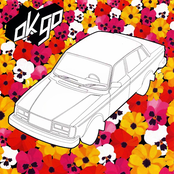 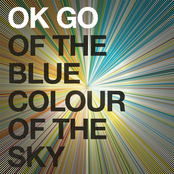 Ok Go: Of the Blue Colour of the Sky 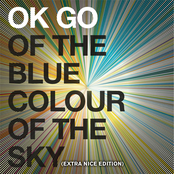 Ok Go: Of the Blue Colour of the Sky (Extra Nice Edition) 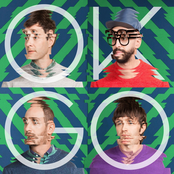 Ok Go might soon come to a city near you. Browse the Ok Go schedule just above and click the ticket link to view our huge inventory of tickets. View our selection of Ok Go front row tickets, luxury boxes and VIP tickets. After you track down the Ok Go tickets you want, you can purchase your tickets from our safe and secure checkout. Orders taken before 5pm are usually shipped within the same business day. To buy last minute Ok Go tickets, look for the eTickets that can be downloaded instantly.