SoCal rapper Phora has announced a sizable 14-date tour across America in early 2020 behind his latest album 'Bury Me With Dead Roses'. His Love Yourself Tour takes place in January/February hitting major markets like Dallas, Atlanta, New York, Chicago, Seattle and Las Vegas. Prior to the tour, the rapper will be hosting back-to-back shows in Pomona (near his hometown of Anaheim) along with special guest CNG in mid-November.

Phora released his third studio album 'Bury Me With Dead Roses' on July 26th, 2019 via his own Phora LLC record label. The new album reached #87 on the Billboard 200 and follows up 2018's 'Love Is Hell' which features guest appearances by Trippie Redd, Tory Lanez, G-Eazy, 6LACK, Brandon Vlad and Breana Martin. Also in 2018, the rapper launched his Love Is Hell Tour across America and also made an appearance on Mozzy's track 'Interlude' along with Terrace Martin.

Phora released the extremely beloved album 'Like Me' which includes some of the most well-known songs from the Phora catalog. 'Like Me' hosts the song 'Like Me' which has made itself the most recognized for fans to enjoy during the shows. Apart from 'Like Me', a host of the songs from 'Like Me' have also become well-known as a result. A few of Phora's most popular tour albums and songs are found below. After having a massive effect in the industry, music lovers still unite to hear Phora appear live to perform songs from the complete catalog. 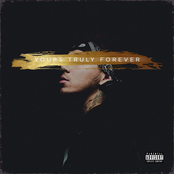 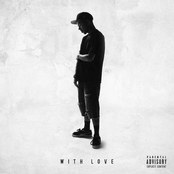 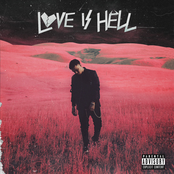 Phora: To the Moon

Phora could be coming to a city near you. View the Phora schedule above and press the ticket icon to checkout our big selection of tickets. Browse our selection of Phora front row tickets, luxury boxes and VIP tickets. Once you find the Phora tickets you need, you can purchase your tickets from our safe and secure checkout. Orders taken before 5pm are normally shipped within the same business day. To purchase last minute Phora tickets, check out the eTickets that can be downloaded instantly.