Canceled: Glam metal pioneers RATT will be launching a monumental summer tour across America along with Tom Keifer, Skid Row and Slaughter. Their Big Rock Summer Tour kicks off August 25th in Syracuse and stretches into September invading cities like Uncasville, Holmdel, Denver, Austin, Reno and Los Angeles. Also in September, the band will be teaming up with Night Ranger in Columbia along with Stryper, Steven Adler, Steelheart, Bang Tango, Dangerous Toys, Little Caesar and Tyketto.

RATT achieved much of their commercial success in the 1980's with hits like 'Round and Round', 'Wanted Man', 'You're in Love', 'Dance' and 'Lay It Down'. Their latest album 'Infestation' was released on April 20th, 2010 and reached #30 on the Billboard 200. After numerous lineup changes since forming in 1976, the band currently consists of members Stephen Pearcy, Juan Croucier, Jordan Ziff and Pete Holmes.

RATT appeared on the Pop / Rock scene with the appearance of the album 'Ratt' published on November 30, 1982. The song 'Sweet Cheater' was instantly a fan favorite and made RATT one of the newest emerging talents at that moment. Thereafter, RATT came out with the most famous album 'Out of the Cellar' which contains some of the most listened to tracks from the RATT discography. 'Out of the Cellar' hosts the track 'Wanted Man' which has made itself the most sought-after for fans to enjoy during the shows. In addition to 'Wanted Man', many of other songs from 'Out of the Cellar' have also become recognized as a result. A few of RATT's most famous tour albums and songs are displayed below. After 34 years since the release of 'Ratt' and making a massive effect in the business, followers still head to see RATT appear live to play favorites from the full catalog. 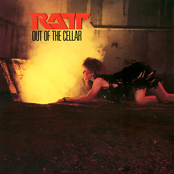 RATT: Out of the Cellar 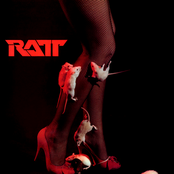 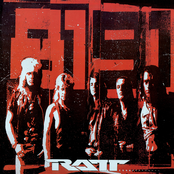 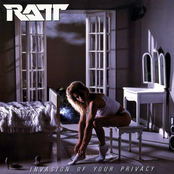 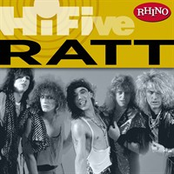 RATT might soon come to a city near you. Browse the RATT schedule just above and click the ticket link to checkout our big selection of tickets. Browse our selection of RATT front row tickets, luxury boxes and VIP tickets. As soon as you track down the RATT tickets you need, you can buy your seats from our safe and secure checkout. Orders taken before 5pm are generally shipped within the same business day. To purchase last minute RATT tickets, check out the eTickets that can be downloaded instantly.

Out of the Cellar View More Albums
Columbia, MD