Country songstress Sara Evans has announced another version of her Blue Chirstmas Tour across America taking place later in 2021. The 13-city journey kicks off November 26th in Tucson and continues into December making notable stops in Evansville, Bristol, Waterloo, Sioux City, Rochester and Des Moines. Joining the tour in support will be special guest Everette. Back in 2019, the same tour was joined by Temecula Road.

Evans will continue supporting her ninth studio album 'Copy That' released on May 15th, 2020 via her own Born to Fly Records label. The new album follows up 2017's 'Words' which reached #46 on the Billboard 200. The following year, the singer headlined the CMT Next Women of Country tour which corresponded with her Love Unleashed Tour along with Raelynn and Kalie Shorr. Since 1997, Evans has received awards from Billboard, Academy of Country Music, Country Music Association, Broadcast Music Incorporated and Dove.

Sara Evans came on the Country / Folk scene with the appearance of the album 'Three Chords And The Truth' released on September 30, 1997. The song 'True Lies' immediately became a fan favorite and made Sara Evans one of the fastest growing performers at that moment. Afterwards, Sara Evans came out with the extremely beloved album 'Restless' which features some of the most beloved tracks from the Sara Evans collection. 'Restless' includes the track 'Rockin' Horse' which has made itself the most recognized for music lovers to enjoy during the gigs. Besides 'Rockin' Horse', a host of other tracks from 'Restless' have also become sought-after as a result. A few of Sara Evans's most beloved tour albums and songs are found below. After 19 years since the release of 'Three Chords And The Truth' and having a massive impact in the business, music lovers still gather to see Sara Evans in person to perform favorites from the full discography. 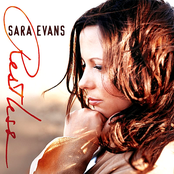 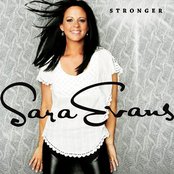