So far there haven't been any upcoming Space Bacon concerts or tours released for the U.S. or Canada. Sign up for our Concert Tracker to get told when Space Bacon events have been revealed to the schedule. See us on Twitter @ConcertFix for announcements pertaining to Space Bacon. In the meantime, check out other Pop / Rock performances coming up by The Imposters, Grand RockTember Music Festival, and Michael Bolton. 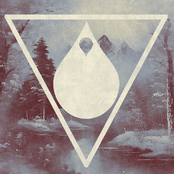