Steve Trevino recently revealed a concert schedule coming to select cities in North America. As one of the best Comedy live performers right now, Steve Trevino will finally be appearing live once again for fans to enjoy. Check out the schedule that follows to find a show for you. Then, you can check out the concert details, say you're going in Facebook and take a look at a selection of great concert tickets. If you are unable to get to any of the current concerts, sign up for our Concert Tracker for alerts as soon as Steve Trevino events are announced in your town. Steve Trevino possibly could add other North American shows, so come back often for more updates.

Steve Trevino released the extremely famous album 'Live' which is comprised of some of the most beloved tracks from the Steve Trevino catalog. 'Live' contains the track 'On The Road With Nick' which has become the most sought-after for followers to see during the performances. In addition to 'On The Road With Nick', most of the songs from 'Live' have also become recognized as a result. Some of Steve Trevino's most popular tour albums and songs are found below. After making a massive impact in the industry, music lovers continue to head to experience Steve Trevino appear live to play favorites from the complete collection. 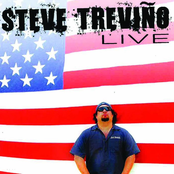 Steve Trevino: Thats How Daddy Does It