Postponed: British indie rockers The Struts have announced another sizable North American tour coming up in 2020 supporting their latest album 'Young & Dangerous'. Their Make It Big Tour kicks off May 24th in Dallas and continues through June hitting markets like Dallas, Chicago, Maryland Heights, Atlanta, Ottawa and Rochester. Joining the tour on select dates will be special guests The Glorious Sons, The Blue Stones, The Regrettes and JJ Wilde. The new outing follows up 2019's Young & Dangerous Tour which was joined by The Glorious Sons.

The Struts released their sophomore album 'Young & Dangerous' on October 26th, 2018 via Interscope Records. Their previous 2014 album 'Everybody Wants' was produced by Ray Hedges who's worked with several big names in the industry including Bryan Adams, Cher, Tom Jones, Boy George and Gene Simmons. Back in 2016, the band embarked on their Dirty Sexy Summer Tour across North America with special guests Dorothy. The following year, they launched their Body Talks Tour with support from Spirit Animal, White Reaper, Thunderpussy and The Wrecks.

The Struts Tour Albums and Songs 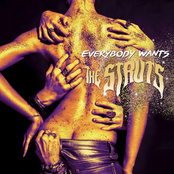 The Struts: Everybody Wants 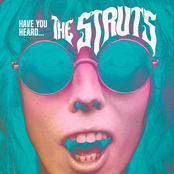 The Struts: Have You Heard