As of right now there haven't been any big Wine, Women & Song concerts or tours announced for the United States. Sign up for our Concert Tracker to get alerts when Wine, Women & Song events have been released to the itinerary. Take a look at our Facebook page for recent announcements for Wine, Women & Song. In the meantime, check out other Pop / Rock performances coming up by Squirrel Nut Zippers, Brenton Wood, and Death Kings. 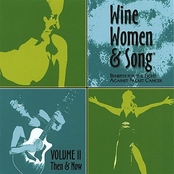