Coming up later in 2021, Alkaline Trio will be joining forces with Bad Religion for a major co-headlining tour across North America. The 30-date trek kicks off October 15th in Riverside and stretches through November visiting major markets like Las Vegas, Dallas, Atlanta, New York, Philadelphia, Detroit, Chicago, Seattle, San Francisco and Los Angeles. Joining the tour in support will be special guests War On Women.

Alkaline Trio will continue supporting their ninth studio album 'Is This Thing Cursed?' released on August 31st, 2018 via Epitaph Records. The new album follows up 2013's 'My Shame Is True' and 2010's 'This Addiction' which reached a career-best #11 on the Billboard 200. Back in 2019, they toured extensively across America with support from together PANGEA. The Chicago-based band formed in 1996 and currently consists of longtime members Matt Skiba, Dan Andriano and Derek Grant.

Alkaline Trio arrived on the Pop / Rock scene with the appearance of the album 'For Your Lungs Only' published on November 30, 1997. The song 'Southern Rock' immediately became a hit and made Alkaline Trio one of the fastest growing artists at that time. Since then, Alkaline Trio came out with the most famous album 'Crimson' which includes some of the most well-known songs from the Alkaline Trio collection. 'Crimson' contains the track 'Time to Waste' which has become the most requested for followers to see during the gigs. Aside from 'Time to Waste', many of other tracks from 'Crimson' have also become sought-after as a result. Some of Alkaline Trio's most famous tour albums and songs are seen below. After 19 years since the release of 'For Your Lungs Only' and making a massive effect in the industry, fans consistently head to hear Alkaline Trio on stage to perform songs from the full discography. 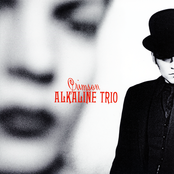 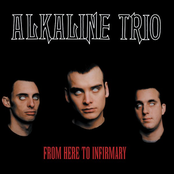 Alkaline Trio: From Here to Infirmary 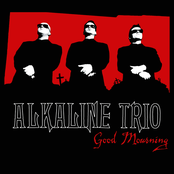 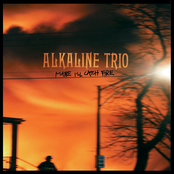 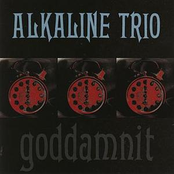