Pop punks All Time Low have announced they'll be touring across North America in 2021 supporting their latest album 'Wake Up, Sunshine'. The new 32-date route kicks off August 8th in Phoenix and stretches into November visiting U.S. cities like Dallas, Nashville, Cleveland, Seattle and Los Angeles. Canadian shows are planned for Winnipeg, Calgary and Vancouver. Joining the tour on select dates will be special guests The Maine, nothing,nowhere., Grayscale and Meet Me @ The Altar. Also during the year, the band will be headlining the annual Sad Summer Festival along with The Story So Far, Movements, The Maine, Grayscale and Destroy Boys.

All Time Low released their eighth studio album 'Wake Up, Sunshine' on April 3rd, 2020 via Fueled by Ramen. The new album reached #31 on the Billboard 200 and features guest appearances by blackbear and The Band CAMINO. The prior year, the band joined forces with Dashboard Confessional and launched their Summer Ever After along with special guest gnash. The Maryland-based group formed in 2003 and currently consists of members Alex Gaskarth, Jack Barakat, Zack Merrick and Rian Dawson.

About All Time Low Tour Albums

All Time Low came on the Alternative scene with the appearance of the album 'Put Up Or Shut Up' published on July 25, 2006. The track 'Jasey Rae' was instantly a hit and made All Time Low one of the fastest growing acts at that time. Since then, All Time Low released the most popular album 'So Wrong, It's Right' which contains some of the most listened to songs from the All Time Low collection. 'So Wrong, It's Right' hosts the track 'This Is How We Do' which has proven to be the most recognized for fans to enjoy during the gigs. Apart from 'This Is How We Do', many of other tracks from 'So Wrong, It's Right' have also become sought-after as a result. A handful of All Time Low's most famous tour albums and songs are seen below. After 10 years since the release of 'Put Up Or Shut Up' and making a huge impact in the business, fans continue to unite to see All Time Low in person to play hits from the complete discography.

All Time Low: So Wrong, It's Right 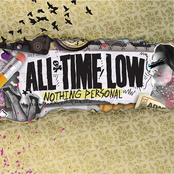 All Time Low: Nothing Personal 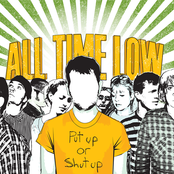 All Time Low: Put Up or Shut Up 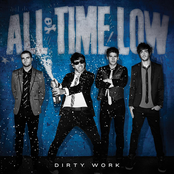 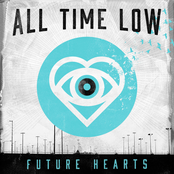