To date there haven't been any notable Hal Sparks concerts or tours unveiled for cities in North America. Sign up for our Concert Tracker to get alerts when Hal Sparks shows have been planned to the calendar. For new announcements for Hal Sparks shows, take a look at our Tour announcements page. In the meantime, take a look at other Comedy performances coming up by The Fabulously Funny Comedy Festival, Mike Cano's Comedy Party, and The Daily Show Writers Stand-Up Tour.

Hal Sparks appeared on the Comedy scene with the appearance of the album 'Charmageddon' published on June 29, 2010. The single 'Cut Your Hair' immediately became a hit and made Hal Sparks one of the fastest growing performers at that moment. Afterwards, Hal Sparks published the hugely famous album 'Escape From Halcatraz' which contains some of the most listened to tracks from the Hal Sparks catalog. 'Escape From Halcatraz' hosts the song 'Get A Theme Song' which has become the most requested for fans to hear during the gigs. Besides 'Get A Theme Song', many of other tracks from 'Escape From Halcatraz' have also become recognized as a result. A handful of Hal Sparks's most famous tour albums and songs are provided below. After 6 years since the release of 'Charmageddon' and having a true impact in the business, followers continue to gather to hear Hal Sparks in person to perform songs from the entire catalog. 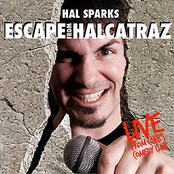 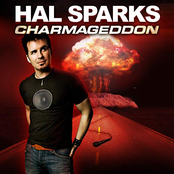