Less Than Jake announce 'Back for the Attack Tour'

Ska punks Less Than Jake will be joining forces with Bowling For Soup and The Aquabats for a huge co-headlining tour across America taking place in 2022. Their Back for the Attack Tour kicks off June 23rd in Silver Spring and extends into July making notable stops in Brooklyn, Philadelphia, Detroit, Minneapolis and Chicago. Joining the tour in support will be special guests Mom Rock.

UPDATE: Tour dates have been extended further into the year with support from Doll Skin, Cliff Diver and Keep Flying visiting additional markets like Orlando, Atlanta, Houston and Las Vegas.

Less Than Jake will continue supporting their ninth studio album 'Silver Linings' released on December 11th, 2020 via Pure Noise. The following year, the band teamed up with New Found Glory for a major co-headlining joint tour with support from LOLO. Back in 2019, they launched a brief U.S. tour joined by Mest, Punchline and Kali Masi. The Gainesville-based group formed in 1992 and currently consists of members Chris DeMakes, Roger Lima, Buddy Schaub and Peter Wasilewski.

About Less than Jake Tour Albums

Less than Jake appeared on the Alternative scene with the appearance of the album 'Pesto' released on November 30, 1995. The single 'Process' quickly became a fan favorite and made Less than Jake one of the most popular talents at that time. Thereafter, Less than Jake came out with the hugely famous album 'Hello Rockview' which features some of the most beloved music from the Less than Jake collection. 'Hello Rockview' contains the track 'Help Save the Youth of America from Exploding' which has made itself the most well-known for fans to hear during the live events. Besides 'Help Save the Youth of America from Exploding', most of other songs from 'Hello Rockview' have also become requested as a result. Some of Less than Jake's most famous tour albums and songs are provided below. After 21 years since releasing 'Pesto' and making a true impact in the business, fans consistently gather to experience Less than Jake appear live to play songs from the entire discography. 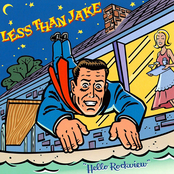 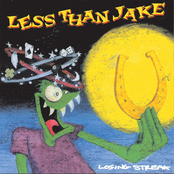 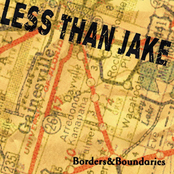 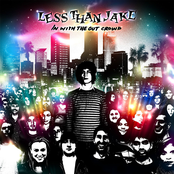 Less than Jake: In with the Out Crowd