Strung Out recently released a concert schedule coming to select areas in North America. As one of the top Alternative live performers to date, Strung Out will in the near future be appearing live again for fans to enjoy. Take a look at the schedule below to find a show for you. Then, you can take a look at the event specifics, RSVP on Facebook and have a look at a selection of great concert tickets. If you won't be able to get to any of the current concerts, sign up for our Concert Tracker for alerts as soon as Strung Out concerts are released in your town. Strung Out may reveal additional North American concerts, so visit us often for any updates.

About Strung Out Tour Albums

Strung Out arrived on the Alternative scene with the appearance of the album 'Suburban Teenage Wasteland Blues' published on April 23, 1996. The track 'Firecracker' quickly became a hit and made Strung Out one of the newest emerging artists at that moment. Thereafter, Strung Out published the most popular album 'Exile In Oblivion' which is comprised of some of the most well-known music from the Strung Out discography. 'Exile In Oblivion' includes the track 'Analog' which has proven to be the most requested for fans to enjoy during the gigs. Apart from 'Analog', many of other songs from 'Exile In Oblivion' have also become requested as a result. A handful of Strung Out's most famous tour albums and songs are displayed below. After 20 years since the release of 'Suburban Teenage Wasteland Blues' and having a true effect in the business, followers continue to head to watch Strung Out appear live to perform favorites from the full catalog.

Strung Out Tour Albums and Songs 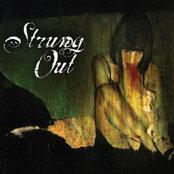 Strung Out: Exile In Oblivion 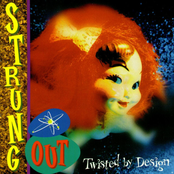 Strung Out: Twisted By Design 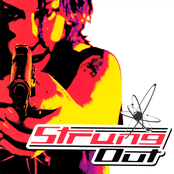 Strung Out: An American Paradox 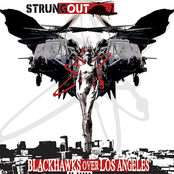 Strung Out: Blackhawks Over Los Angeles 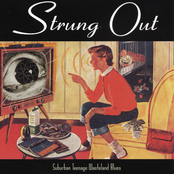 Strung Out might soon come to a city near you. Browse the Strung Out schedule just above and press the ticket button to see our huge inventory of tickets. View our selection of Strung Out front row tickets, luxury boxes and VIP tickets. As soon as you locate the Strung Out tickets you want, you can purchase your tickets from our safe and secure checkout. Orders taken before 5pm are normally shipped within the same business day. To purchase last minute Strung Out tickets, look for the eTickets that can be downloaded instantly.