Luna Negra recently revealed a concert schedule stopping by select cities in North America. As one of the most followed World live performers at the moment, Luna Negra will finally be showing up live again for fans to attend. Have a look at the calendar below to find a show for you. From there, you can view the show details, RSVP in Facebook and view a selection of great concert tickets. If you won't be able to attend any of the current performances, sign up for our Concert Tracker to get notified right when Luna Negra performances are unveiled in a city near you. Luna Negra possibly might unveil more North American events, so check back with us for up-to-date information.

Luna Negra appeared on the World scene with the release of the album 'Luna Negra' published on January 11, 2005. The track 'Tu Corazón' was instantly a fan favorite and made Luna Negra one of the fastest growing artists at that time. Since then, Luna Negra published the most popular album 'Soundproof Demo' which is comprised of some of the most beloved music from the Luna Negra catalog. 'Soundproof Demo' hosts the single 'Tornado' which has made itself the most recognized for fans to hear during the gigs. Apart from 'Tornado', many of other tracks from 'Soundproof Demo' have also become well-known as a result. Some of Luna Negra's most beloved tour albums and songs are displayed below. After 11 years since releasing 'Luna Negra' and having a massive effect in the business, fans continue to gather to hear Luna Negra on stage to perform favorites from the complete discography. 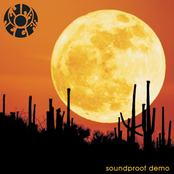