British indie rocker Morrissey has announced a sizable U.S. tour later in 2019 supporting his next album 'California Son'. The 14-city outing kicks off September 5th in Columbia and runs into October visiting markets like Forest Hills, Camden, Rochester, Houston, San Francisco and San Diego. Joining the tour in support will be special guests Interpol. Prior to the U.S. shows, the singer will be wrapping up his first Canadian tour in 20 years after recently ending his boycott protesting the country's annual seal hunt.

Morrissey will be releasing his 12th studio album 'California Son' on May 24th, 2019 via BMG and his own Etienne record label. The new album features 12 covers of songs by Bob Dylan, Roy Orbison, Joni Mitchell and Carly Simon among others. Back in 2015, the singer-songwriter launched a huge U.S. tour with support from Blondie and Amanda Palmer. The prior year, he toured the States with special guests Cliff Richard, Kristeen Young and Tom Jones.

Morrissey arrived on the Alternative scene with the appearance of the album 'Suedehead' released on February 27, 1988. The song 'Suedehead' was instantly a hit and made Morrissey one of the most popular performers at that time. Afterwards, Morrissey released the extremely popular album 'You Are The Quarry' which contains some of the most listened to music from the Morrissey discography. 'You Are The Quarry' hosts the song 'America Is Not The World' which has made itself the most sought-after for followers to hear during the shows. Apart from 'America Is Not The World', many of other songs from 'You Are The Quarry' have also become well-known as a result. Some of Morrissey's most beloved tour albums and songs are displayed below. After 28 years since releasing 'Suedehead' and having a massive impact in the business, followers continue to unite to experience Morrissey appear live to play hits from the full collection. 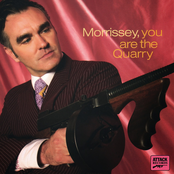 Morrissey: You Are The Quarry 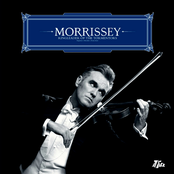 Morrissey: Ringleader of the Tormentors 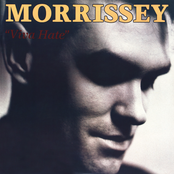 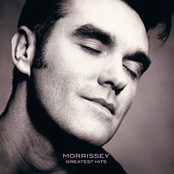 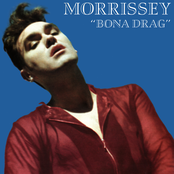 Morrissey may come to a city near you. Browse the Morrissey schedule just above and push the ticket link to view our huge inventory of tickets. Browse our selection of Morrissey front row tickets, luxury boxes and VIP tickets. As soon as you locate the Morrissey tickets you desire, you can buy your tickets from our safe and secure checkout. Orders taken before 5pm are usually shipped within the same business day. To buy last minute Morrissey tickets, browse through the eTickets that can be downloaded instantly.

You Are The Quarry View More Albums