Award-winning rockers Newsboys will be embarking on another U.S. tour later in 2021 supporting their latest album 'United'. Their Step Into The Light Tour takes place in October/November making notable stops in Tupelo, Corpus Christi, Baton Rouge, Pittsburgh, Charlotte and Baltimore. Joining the tour in support will be special guests Mandisa, We Are Messengers, Cade Thompson and Adam Agee (from Audio Adrenaline).

Newsboys released their 19th studio album 'United' on May 10th, 2019 via Fair Trade Services. The new album reached #1 on Billboard's Christian chart and follows up 2016's 'Love Riot. Also in 2019, the band launched their Greatness of Our God Tour with special guests Ryan Stevenson, Adam Agee and Kevin Max. The prior year, they reunited with former members Jody Davis and Peter Furler for their Newsboys United Tour across America. Back in 2017, their Big Church Night Out Tour was joined by Sidewalk Prophets, 7eventh Time Down, Derek Minor, Blanca, Adam Agee, Brock Gill, Jamison Strain and Jeremy Willet.

Newsboys appeared on the New Age scene with the release of the album 'Hell Is For Wimps' released on July 16, 1990. The single 'Stand Up For Jesus' was instantly a hit and made Newsboys one of the newest emerging artists at that moment. After that, Newsboys published the hugely beloved album 'Adoration: The Worship Album' which includes some of the most popular work from the Newsboys catalog. 'Adoration: The Worship Album' hosts the song 'He Reigns' which has made itself the most well-known for fans to hear during the performances. Besides 'He Reigns', most of other songs from 'Adoration: The Worship Album' have also become sought-after as a result. Some of Newsboys's most beloved tour albums and songs are displayed below. After 26 years since the release of 'Hell Is For Wimps' and making a massive effect in the business, music lovers still flock to see Newsboys in person to perform songs from the entire catalog. 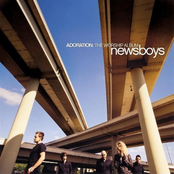 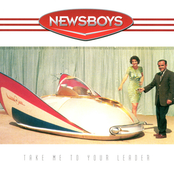 Newsboys: Take Me To Your Leader 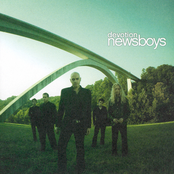 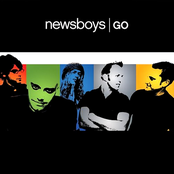 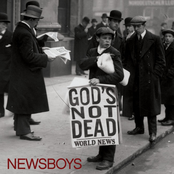 Newsboys might soon come to a city near you. Browse the Newsboys schedule on this page and click the ticket link to checkout our huge inventory of tickets. Browse our selection of Newsboys front row tickets, luxury boxes and VIP tickets. After you locate the Newsboys tickets you desire, you can purchase your tickets from our safe and secure checkout. Orders taken before 5pm are generally shipped within the same business day. To buy last minute Newsboys tickets, look for the eTickets that can be downloaded instantly.