So far there haven't been any big Phil Hughes concerts or tours announced for cities in North America. Sign up for our Concert Tracker to get alerts when Phil Hughes performances have been planned to the lineup. Visit our Facebook page for new announcements for Phil Hughes. In the meantime, have a look at other Comedy performances coming up by Best Of Second City, Taylor Tomlinson, and Demetri Martin. 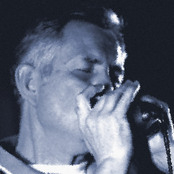 Phil Hughes: Benny Goodman: On The Side