Joshua Radin announces 'The Ghost and the Wall' tour

Acoustic singer-songwriter Joshua Radin has announced a massive North American tour in early 2022 behind his brand new album 'The Ghost and the Wall'. The 33-date trek kicks off January 13th in Dallas and extends through March visiting major markets like Los Angeles, San Francisco, Vancouver, Seattle, Denver and Pittsburgh. Back in 2019, the artist launched another version of The Coffeehouse Tour which was joined by special guests The Weepies and Lily Kershaw.

Radin released his ninth studio album 'The Ghost and the Wall' on July 23rd, 2021 via Nettwerk Music Group. The new album follows up 2019's 'Here, Right Now' and 2017's 'The Fall' which reached #12 on Billboard's Folk chart. Also in 2017, his original The Coffeehouse Tour was joined by Rachael Yamagata and Brandon Jenner. Since beginning his career in 2004, the singer has shared the stage with acts like Sheryl Crow, Tori Amos, Missy Higgins and The Script just to name a few.

Joshua Radin appeared on the Pop / Rock scene with the release of the album 'First between 3rd and 4th' released on July 14, 2004. The song 'Winter' quickly became a success and made Joshua Radin one of the most popular artists at that moment. Thereafter, Joshua Radin published the extremely beloved album 'We Were Here' which is comprised of some of the most famous work from the Joshua Radin collection. 'We Were Here' hosts the song 'Sundrenched World' which has been the most sought-after for fans to see during the gigs. Apart from 'Sundrenched World', most of other songs from 'We Were Here' have also become requested as a result. A handful of Joshua Radin's most famous tour albums and songs are displayed below. After 12 years since the release of 'First between 3rd and 4th' and making a huge effect in the business, followers still head to see Joshua Radin in person to play tracks from the complete collection. 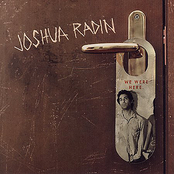 Joshua Radin: We Were Here 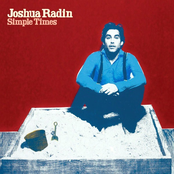 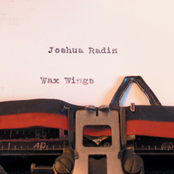 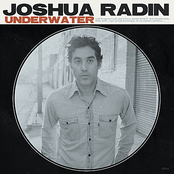 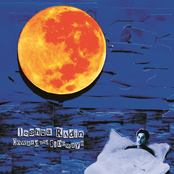 We Were Here View More Albums