Michigan-based group Pop Evil have announced a sizable U.S. tour in 2022 to promote their latest album 'Versatile'. The Vortex Tour kicks off June 24th in Grand Rapids and stretches into August invading cities like Houston, Green Bay, Indianapolis, Seattle and Colorado Springs. Joining the tour in support will be special guests Oxymorrons and Zillion. The band recently wrapped up their Versatile Tour which was joined by Zero 9:36, BRKN Love and Like Machines.

Pop Evil released their sixth studio album 'Versatile' on May 21st, 2021 via eOne Music. Their previous 2018 self-titled album includes the single 'Waking Lions' which reached #1 on Billboard's Mainstream Rock chart. Also in 2018, they launched their Music Over Words Tour with support from Palaye Royale and Black Map before touring across Canada alongside Royal Tusk. The prior year, the band embarked on their Rock ‘N Roll Now Tour: Right Now which was joined by Red Sun Rising and Badflower.

Pop Evil appeared on the Pop / Rock scene with the release of the album 'Hero' published on May 13, 2008. The track 'Hero' immediately became a hit and made Pop Evil one of the newest emerging artists at that time. Later on, Pop Evil released the extremely popular album 'Lipstick On The Mirror' which features some of the most beloved music from the Pop Evil discography. 'Lipstick On The Mirror' contains the single 'Hero' which has proven to be the most requested for fans to enjoy during the shows. Aside from 'Hero', many of other songs from 'Lipstick On The Mirror' have also become recognized as a result. A handful of Pop Evil's most famous tour albums and songs are displayed below. After 8 years since releasing 'Hero' and having a huge impact in the business, fans consistently gather to watch Pop Evil in person to play hits from the complete catalog. 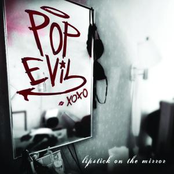 Pop Evil: Lipstick On The Mirror 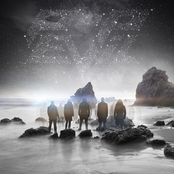 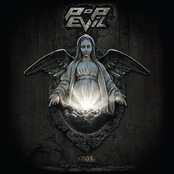 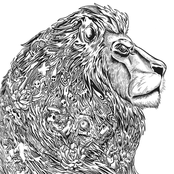 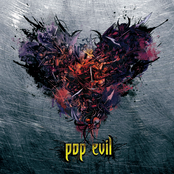 Pop Evil may come to a city near you. Check out the Pop Evil schedule on this page and push the ticket button to view our huge inventory of tickets. Look through our selection of Pop Evil front row tickets, luxury boxes and VIP tickets. After you track down the Pop Evil tickets you want, you can buy your tickets from our safe and secure checkout. Orders taken before 5pm are normally shipped within the same business day. To buy last minute Pop Evil tickets, check out the eTickets that can be downloaded instantly.