Sarah Chang recently booked a concert schedule performing at select cities in North America. As one of the most followed Classical live performers right now, Sarah Chang will eventually perform live once again for fans. Take a look at the calendar that follows to select a show that works for you. From there, you can view the performance details, RSVP in Facebook and view a selection of great concert tickets. If you are unable to make any of the current performances, sign up for our Concert Tracker to get alerts as soon as Sarah Chang events are announced in any city. Sarah Chang possibly might release additional North American events, so check back with us for any updates.

Sarah Chang appeared on the Classical scene with the appearance of the album 'Tchaikovsky Violin Concerto' released on March 16, 1993. The song 'Violin Concerto in D major Op. 35: I. Allegro moderato' was instantly a fan favorite and made Sarah Chang one of the newest emerging talents at that moment. Since then, Sarah Chang released the most beloved album 'Debut' which is comprised of some of the most listened to tracks from the Sarah Chang discography. 'Debut' features the track 'Concert Fantasy on Carmen: Allegro Moderato' which has proven to be the most requested for music lovers to see during the shows. In addition to 'Concert Fantasy on Carmen: Allegro Moderato', many of other tracks from 'Debut' have also become well-known as a result. A handful of Sarah Chang's most beloved tour albums and songs are displayed below. After 23 years since the release of 'Tchaikovsky Violin Concerto' and making a huge effect in the industry, fans consistently gather to see Sarah Chang appear live to play tracks from the entire catalog. 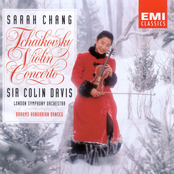 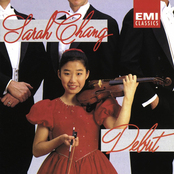 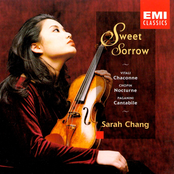 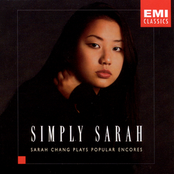