Coming up in early 2022, Sparks will be embarking on a sizable North American tour behind their latest album 'A Steady Drip, Drip, Drip'. The 13-city campaign kicks off February 7th in their hometown of Los Angeles and continues into April visiting San Francisco, Portland, Seattle, Vancouver, St. Paul, Chicago, Atlanta, Nashville, Raleigh, Washington DC, New York and Boston. Also during the tour, the brothers will be making an appearance at Big Ears Festival in Knoxville.

Sparks released their 24th studio album 'A Steady Drip, Drip, Drip' on May 15th, 2020 via BMG Rights Management. The new album follows up 2017's 'Hippopotamus' which reached #48 on Billboard's Independent chart and feature a guest appearance by Rebecca Sjöwall on the track 'Life with the Macbeths'. More recently, siblings Ron Mael and Russell Mael unveiled the soundtrack for their new rock opera 'Annette' which is scheduled to be released in August 2021.

Sparks appeared on the music scene with the release of the album 'Music That You Can Dance To' released on November 30, 1985. The song 'Music That You Can Dance To' was instantly a success and made Sparks one of the newest emerging talents at that moment. After that, Sparks published the extremely popular album 'Kimono My House' which features some of the most beloved tracks from the Sparks catalog. 'Kimono My House' includes the song 'This Town Ain't Big Enough For Both Of Us' which has made itself the most requested for followers to experience during the performances. Aside from 'This Town Ain't Big Enough For Both Of Us', many of other tracks from 'Kimono My House' have also become sought-after as a result. A few of Sparks's most beloved tour albums and songs are provided below. After 31 years since releasing 'Music That You Can Dance To' and making a huge effect in the business, music lovers still head to hear Sparks on stage to perform favorites from the complete discography. 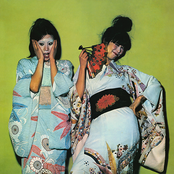 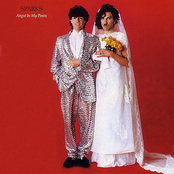 Sparks: Angst In My Pants 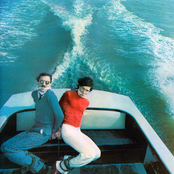 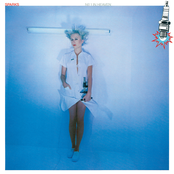 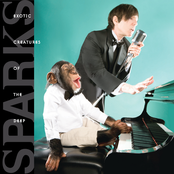 Sparks: Exotic Creatures Of The Deep

Sparks might soon come to a city near you. Browse the Sparks schedule on this page and press the ticket link to view our big selection of tickets. Check out our selection of Sparks front row tickets, luxury boxes and VIP tickets. As soon as you track down the Sparks tickets you need, you can buy your seats from our safe and secure checkout. Orders taken before 5pm are usually shipped within the same business day. To purchase last minute Sparks tickets, check out the eTickets that can be downloaded instantly.